Obituary NCE has attracted and helped hone the talent of a substantial number of journalists over the years, some of whom have become recognised for their knowledge and expertise. One such was former deputy editor Jackie Whitelaw who has died aged 64. Jackie majored in the subjects of transport and infrastructure and could match most civil engineers in her understanding of the sectors. 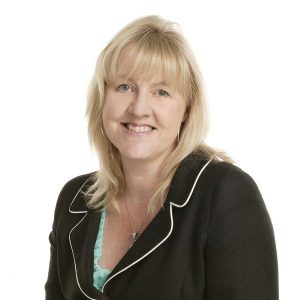 She could grasp quickly the most complex of issues and then write about these in the most illuminating of ways. At a time of declining revenues in publishing, she also demonstrated entrepreneurial flair.

Jackie attracted readers, advertisers and sponsors alike with her lateral thought, successful publishing ideas and high editorial standards. Allied to which, she was a popular ambassador for NCE. It could be claimed she was without peer in engaging journalistically with the world of civil engineering.

Jackie herself was not a civil engineer. Her degree was in history and archaeology but paid jobs available to historians were few and far between when she graduated in 1978.

Instead, she joined NCE – then a relatively new publication – where she received (somewhat unplanned) the most intense post graduate education in journalism coupled with the engineering of infrastructure.

Jackie was initially appointed secretary to the managing director of Thomas Telford, at the time publisher of NCE. Very quickly, though, she was expressing an interest in becoming a journalist and learning about publishing. She was indulged – NCE was proving a highly successful venture, very profitable and could afford to be enlightened in its employment policies.

Young enthusiastic people – both females and males – were given their head, encouraged to acuminate their trade (either journalism or commercial sales) and gain knowledge of civil engineering and the men and women who designed, built and operated Britain’s infrastructure.

Jackie took full advantage of what was on offer. She moved from the directors’ suite to NCE’s production desk, learning how to subedit and layout pages (this being the days before new technology) and to proof copy.

Soon she was being sent out of the office to undertake minor journalistic tasks, such as attending and then writing up product launches. This led to her writing small features, followed by much larger ones. She could spell, did not make syntactical errors and her words flowed. Her angles were always good – she could spot a good story. Her copy was invariably positive. Her libels were few.

Most importantly, Jackie got on exceptionally well with civil engineering “types”, a coterie with whom she empathised and whose company she enjoyed – the latter sometimes a little too much.

One day, as a young reporter coming back from interviewing the senior partners of consulting engineer Harris & Sutherland, she was asked when she’d be filing copy. “Never,” was her response. Why not? “They gave me the most enormous gin.” Did that stop her asking questions? “No, but it’s stopped me remembering the answers.”

Jackie was appointed deputy editor of NCE in 1998 and remained such for 11 years. Later she became editor of CIHT’s Transportation Professional magazine, before becoming the prime mover behind Infrastructure Intelligence, the online news service of the Association for Consultancy & Engineering.

Latterly she freelanced, for NCE again, and the likes of the Department for Transport. She also worked on a number of important projects for ICE, and organisation for which she had a high regard. A feeling that was mutual.

Jackie was an attractive and highly intelligent person. She could also be delightfully cunning. For instance, at meetings, she would manoeuvre other people into presenting her (very clever) ideas as their own, then praise them for their acuity. “They would feel good and I’d get my own way,” she once confessed. “It was always win-win.”