Tunnel boring machines (TBM) used to complete the tunnelling for Metro Line 3 in Mumbai were called on to undertake a hybrid method in order to deliver a platform tunnel in hard rock, as well as deliver some tunnelling firsts for India.

The second of two 6.65m diameter Robbins Crossover XRE TBMs made its third and final breakthrough on the project delivered by a joint venture of Larsen & Toubro and the Shanghai Tunnel Engineering Company (L&T – STEC) in spring this year. However, the engineering challenges, such as the hybrid TBM/New Austrian Tunnelling Method (NATM), high groundwater pressures and variable ground conditions, it was used to overcome have only just been outlined.

The hybrid TBM/NATM technique was another first for India. The method was used to form a platform tunnel in basalt rock with NATM used to undertake the excavation at the crown and the TBM used to excavate the bench. 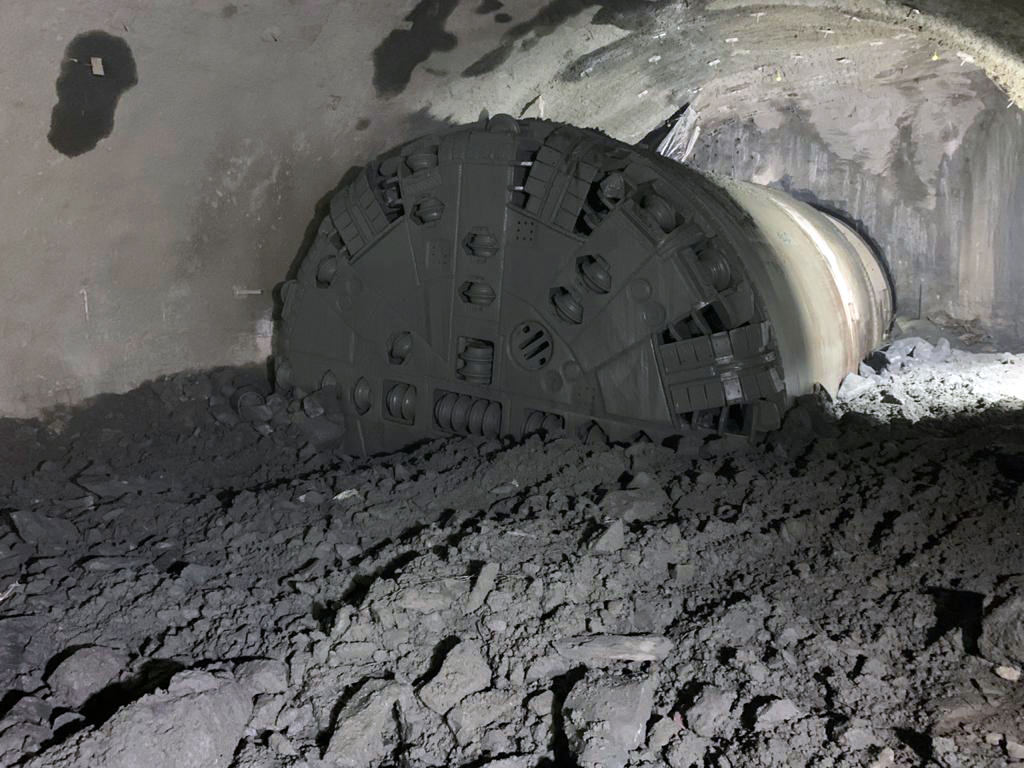 “This required fine control on the operational parameters of the TBM because only 25% of the cutterhead is excavating the rock mass, while the remaining 75% of the cutterhead has no contact with rock or soil,” said Singh. “In addition, the TBM was relaunched without using a reaction frame, instead taking reaction from half segments erected during the benching of the NATM Platform Tunnel.

The joint venture contractor also had to drive the tunnel below the Mittal Towers and the historic Bhikha Behram with only 15m to 20m of cover above the TBMs. The tunnel alignment also came within 25m of the coastline with the Arabian Sea and the invert level of tunnel was 22m below mean sea level, which results in water ingress rates of up to 300litres/min.

Ground conditions on the project varied from basalt to soft volcanic tuffs, shale and breccia.

Despite the technical challenges, Singh said that it was the rate of muck removal at ground level that controlled progress rather than the capability of the TBMs.